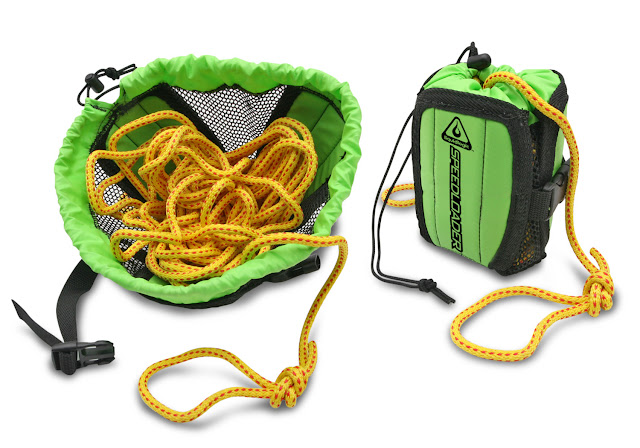 The Speedloader Throw Bag by Liquidlogic from Shaneslogic on Vimeo.

So here it is… The Liquidlogic Speedloader throw bag. This has been a fun project that we have spent a fair bit of time on over the last several months. What you see here is the final prototype. It needs a little refining on the sewing aesthetics in this photo, which we have polished off now. The function is 100% there. 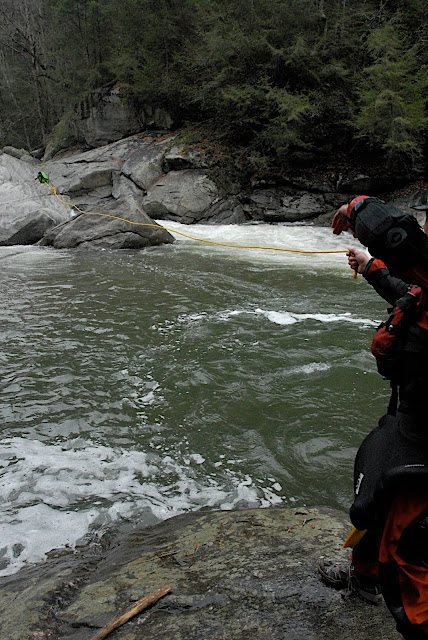 Woody and I were thinking about throw bags and ways that we could improve them and we came up with the idea of making it really easy to load. We both thought right away of times that we didn’t want to get out bags out on the river because we didn’t want to have to reload them. Even simple things like lowering your boat becomes that much more a hassle if you have to spend several minutes loading your throw rope back in its bag. 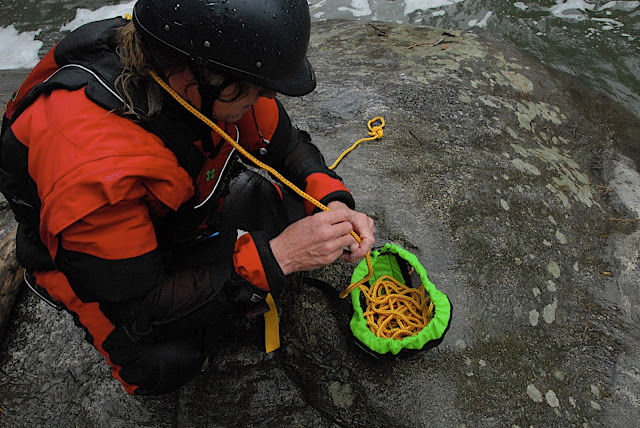 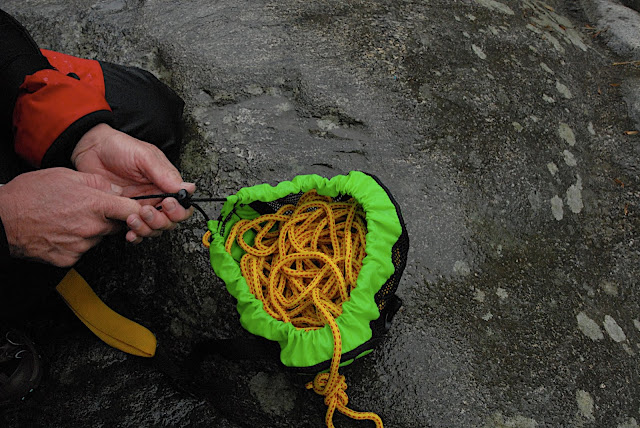 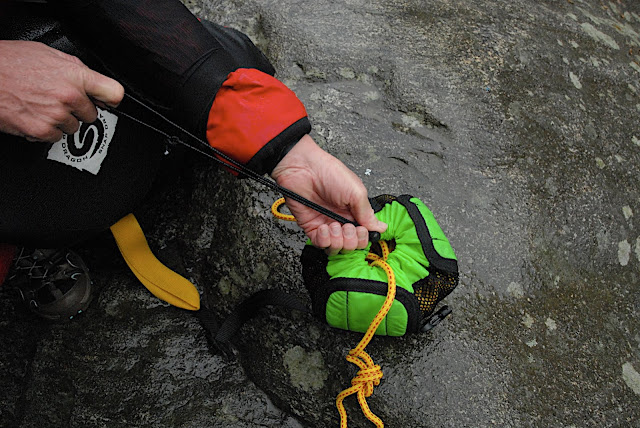 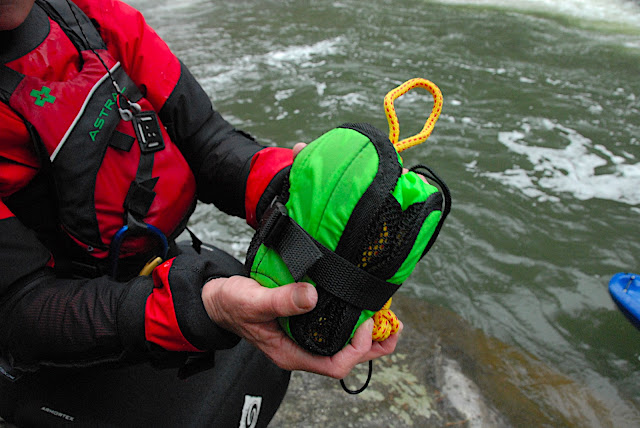 The original concept was a clam shell design that was two sided. It made for a good bag but we had some problems with excess fabric. It also didn’t stand up well which is the other great benefit of this bag. When you are loading it you can put it on the ground and the bag stands up, opens up and makes it super easy to load. We tried many different protos of the clam shell design but couldn’t get it to a refined refined. So just recently we went to the three sided design that opened well, closed well, and stood up like it had a tripod which it turns out it did have. The three sew sides give it much more stability while sitting on the ground, rock, boat, whatever. 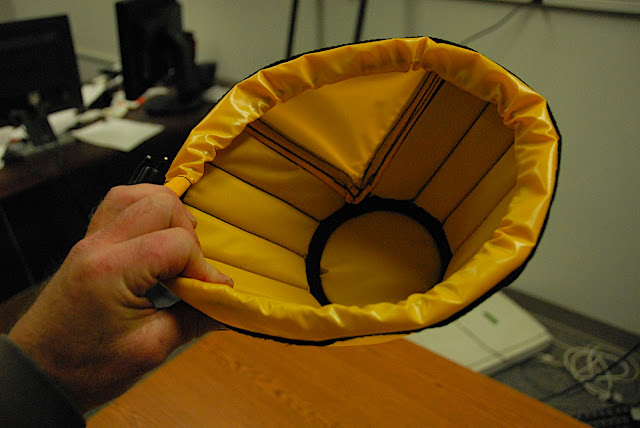 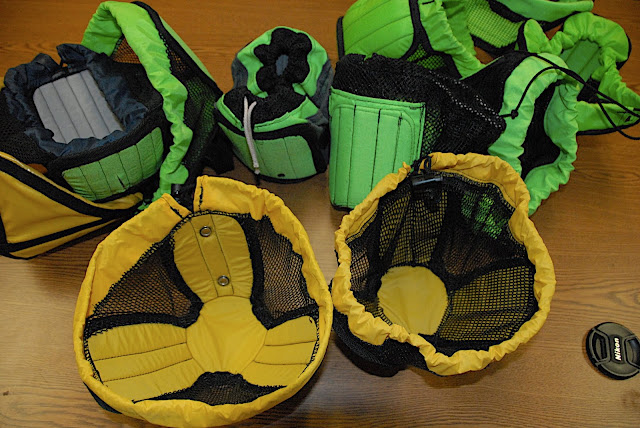 The Facts
The bag is made of a bright green polyurethane coated nylon pack cloth for durability and visibility. The mesh side vents allow water to slip thru and speed up drying. The 3/4″ webbing strap with a quick release buckle is for tightening the bag to a smaller size. You don’t have to undo it to throw the bag. Just when you open it up for loading. The Rope itself is pretty cool its a polypropylene sheathed high strength core rope. The Break Strength is 2200 lbs. which is well above most smaller throw bags.

The rope is bright yellow with red and reflective stripes down the length for high visibility.
The core of the bag is foam so it is very buoyant.
And its cool, and patent pending.
We had a great suggestion that it could also work very well as a beer bag at the river camp, or a great party hat when you take the rope out of the bag.