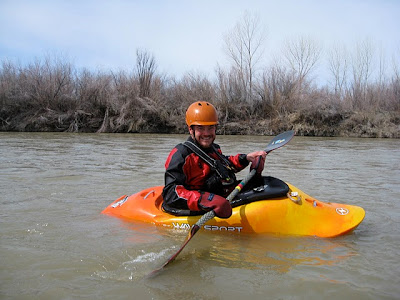 4CRS customer Kevin Heiner, program director for the Southwest Conservation Corps, took the Jackson Rockstar M, Wavesport Project X 48 & 56 out for an early season Westwater trip and returned with this review. We’ve got both boats in all sizes, both retail and demo, available at 4Corners Riversports. 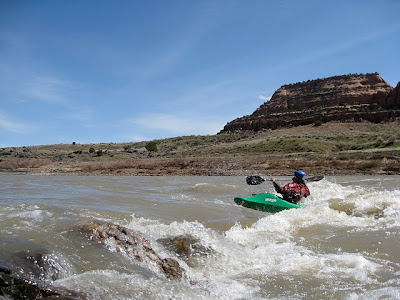 Suffice to say, this boat rocks and definitely lives up to its name! Some obvious design improvements were immediately noticeable on the Rockstar. The added volume in the stern not only creates the potential for catching big air, but also made the boat feel balanced for river running and felt much faster in the trough of waves and holes than you’d imagine a boat of its short length to be. Did I say it felt fast? Because it felt fast! The raised seat was incredibly comfortable, will suit paddlers with shorter torsos and make it easier to reach out over the knee pockets for when you need to dig deep. At first I wasn’t sure about the outfitting, as it seemed too meager to really be solid, but it proved to be very comfortable and super lightweight. The drain holes in the cockpit rim ensure ease of draining water, but overall, the boat was pretty dry even after an hour of playboating. Pound for pound, I think you’d be hard pressed to find a better playboat than the Rockstar! I’ll be saving my sheckles to get one as soon as I can. 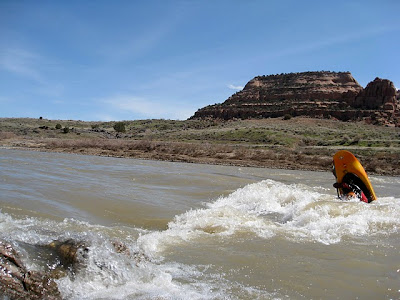 The Project X felt fast, was well balanced for river running play, and has outfitting that is super solid and easy customize. At 5’5” and 150 lbs, the 48 was a better boat for me for straight up surfing, while the 56 was a better river running playboat for me. The 48 wanted to catch air and was easier to throw around than the 56. I might be between sizes in this boat but had fun in both.