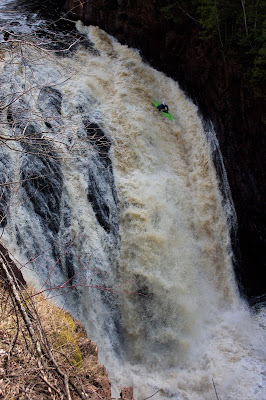 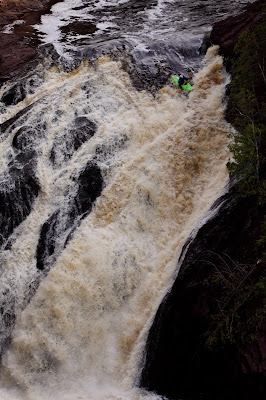 Team 4Corners paddler Chris Baer sending the second descent of Superior Falls in the upper peninsula of Michigan, proving that you don’t need a helicopter or the Stunt Junkies crew to bag this one.
Photo: Nate Herbeck 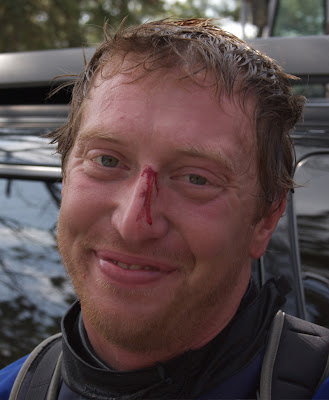 Somebody forgot to clear his paddle at the bottom. 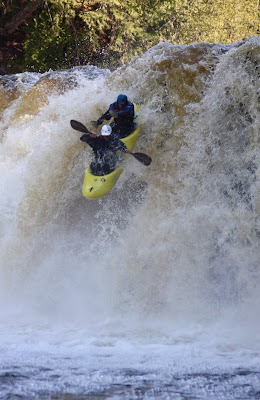 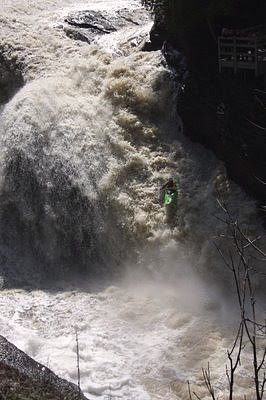 Baer firing up the big drop that ejected him on his previous attempt. 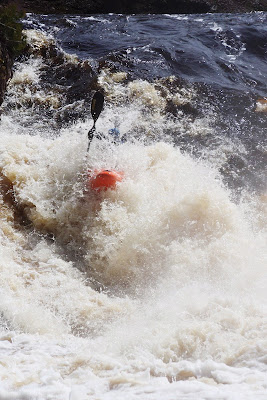 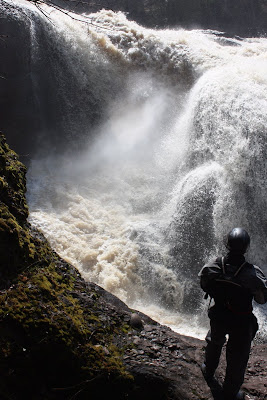 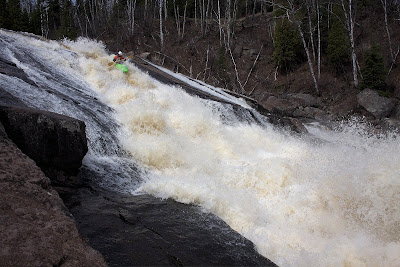 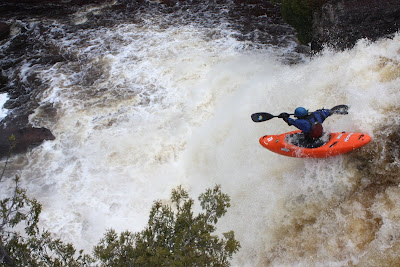 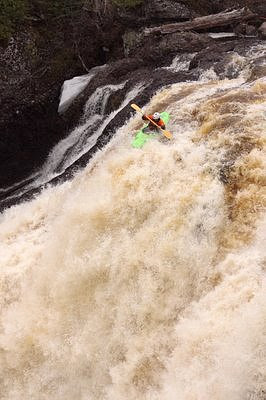 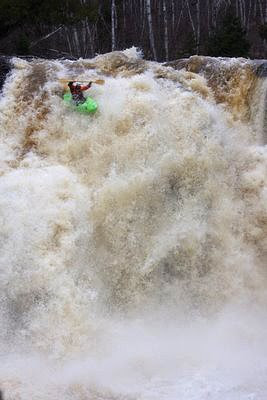 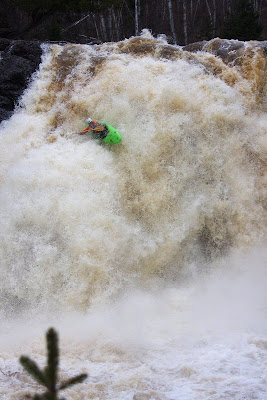 This is going to hurt.
Photo: John McConville 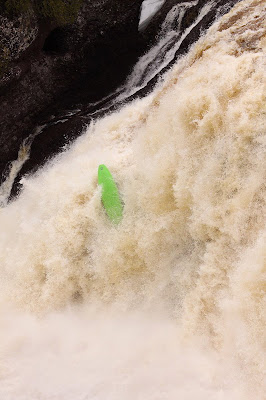 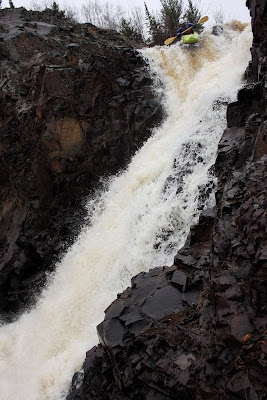 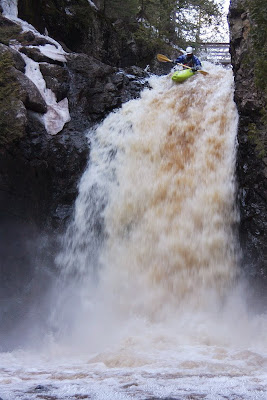 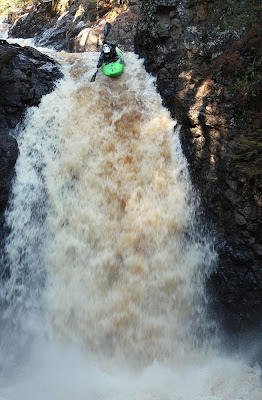 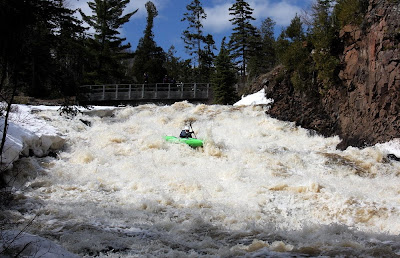 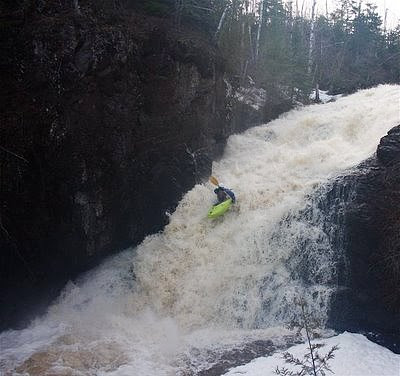 Baer boofing on the first slide. The Onion has 2 drops and 400′ of gradient, all packed into a 1/4 mile.
Photo: John McConville 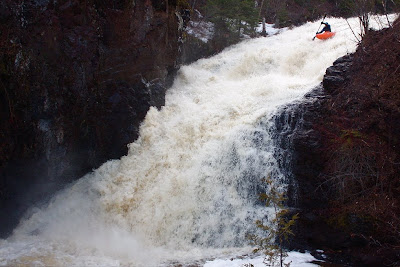 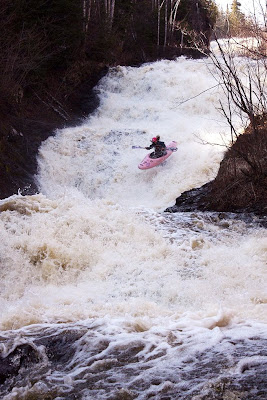 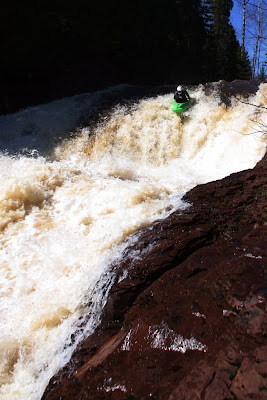 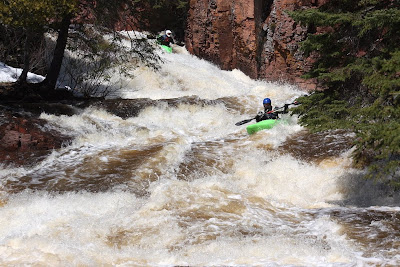 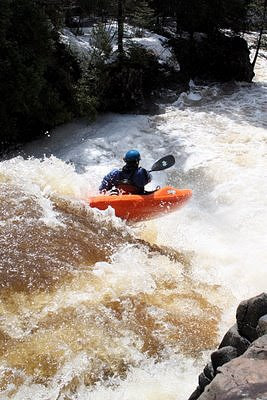