Down to the Russell Fork,
Sieves, Undercuts, and a whole lot of fun especially when the evening party is fueled with local Moon Shine. As the weekend finished up there was a couple of us that had nothing better to do, so we drank more Shine and played with cameras. During that evening Brandon Gonski managed to catch the best shot of the Wrec Center ever. 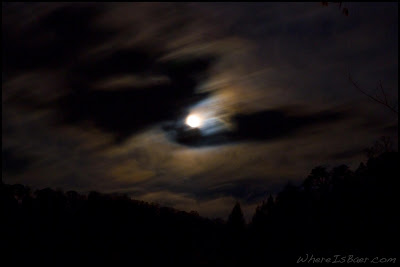 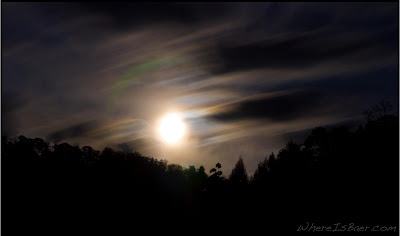 Horse Pasture light,
Well it wasn’t a light hike. It seems I have been bringing the rain to the South East for a few years and this year was no exception. With the rain pounding down I meet up with Gareth Tate, we cruised out to pick up Lee Timmons and heading to the Horse Pasture as we past over the Toxaway I had to stop and check the gauge, it was in!, but it was also 1:30 pm, and way to late in the day to start a huge mission into the Toxaway. So we drove on and got to the Horse Pasture, the level was on the high side of good. We hiked to the river and the thunderous put in falls almost blew me over. Lee had a bad vibe from the get go, but was willing to play along for a bit. Gareth and I where on our usual style, LETS GET THIS SHIT! We bombed off the first couple drops and Lee decided to bail, and hike out. Gareth and I managed to push down stream and get to the bottom of Stair-step before we started loosing light. With a small, inexperienced crew, loosing light, we made a good decision and hiked out. By the time I made it back up the hill to the Wrec Center it was already time to break out the Petzel head lamp.

That was my extent of rain bringing to the Asheville area, it stayed dry from that evening on. When there is no rain in Asheville there is one fun thing to do still, Green River Narrows Laps. I did a bunch of them again this year, and as the race grew nearer I felt good. It was the first time I had entered the race actually knowing where I was going to go around the next blind corner. On the other hand I don’t take kayak racing very seriously, and as I came into the Notch that shit talking caught back up to me again. I went into the eddy yelled at Arlyn Agababian to grab my bow, and reached into my lifejacket pocket to retrieve my fun whistle. I put it in my mouth, gave Arlyn the nod, spun around, and gave the whistle a huge blast as I pumped my fist, the 500 person crowd standing on the other side of the river showed their appreciation with a huge cheer. I paddled back out into the flow and gave the whistle another big blast as I flew off the launch pad of Gorilla. I flew through the Speed Trap and down the rest of the slides to the finish line blasting the Fun Whistle all the way.


So I have been up in the air with what to do this winter and I finale pulled the trigger, Round trip ticket to Costa Rica for two and a half months. I am hopeful this trip will also include some other countries as I have spoken to a few people in Columbia that sound game for some exploratory missions.

Next update will be coming from Central America until then go big and smile bigger and give your fun whistle a big blast.
Chris Baer