There are a couple things I have learned about Costa Rica so far; there are a lot of unrun hard sections out there and the hard sections the Ticos do run are pretty damn fun. 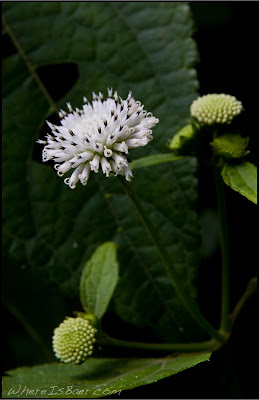 I took a week off to travel with family and managed to take an actual “vacation” got to see some of the classic Costa Rica attractions and even got to swim around in a rip current for a bit.

Navarro,
I met up with Mauricio Mora Lindo for a couple days and we took a ride to check out some runs in the Orosi Vally, It had been raining for a bit and everything was on the high side of crazy. At that point Mauricio turned to me and said, ” O I got something for us, it might have a little wood”. We showed up to a tiny tributary with a fair amount of water in it, the Navarro. Immediately it was off to the races, blind corners, fun boofs, and more then a little wood. During our run Mauricio and I both had close encounters of the wood kind.

Ferdinand and I met back up, and it was time to get one of his favorites, the Rio Macho. This run is less a river then a pile of rocks on a steep hill. It starts off quick and stays at a feverish pace, tight boof into tighter slot, around a sieve and off an even smaller boof onto a tiny piece of water backed up by a sieve. The Macho stays at that kind of pace for close to 4 miles. Needless to say the first time you do this run you are totally disorientated, tired, and dealing with a huge altitude loss. Ferdinand claims the gradient some where in the 700fpm range, with only one drop over 6 ft, the Rio macho is just plain steep.

Pozo Azul
Next up was the Pozo Azul, or Blue Pool, the run that Ferdinand named his company after. After a hour long hike through muddy pasture land we arrived at a tricky 20+ footer. At this point Ferdinand said, it is either class 5 or 2 today, nothing in-between. His description was spot on. We would run a water fall or complicated rapid and it would flow into meandering class two. There are a couple cool rapids in the valley one is a narrow hall way, and another that is named Swiss-cheese, aka “sieved out”. The climax of the run is a 30ish footer that has a tendency to have a rather hard landing. Ferdinand and I had good lines and paddled down to the confluence with the Sarapiqui with smiles on our faces.

Patria,
The Patria is an absolutely amazing run. It has also dealt out more then its fair share of random beating. This river has created epic stories for most of the lucky few that have ever entered into it’s beautiful pristine valley.

We skipped the upper canyon and hiked down from the main road for 3 hours through super dense jungle. There was plenty of cursing as we slid, crashed, and donated plenty of blood to the hike in. Upon arriving to the river Ferdinand told me we had to bump our way down the side creek that we were on for a 1/4 mile to the true Patria. Bouncing down the tributary was painful at best. I got pinned a couple times and my ankle started aching from a couple small pitons. It took a while but we finally made it to the Patria. The water level looked a little low to me, but as we headed down stream tributary after tributary entered into the creek.

My energy level was nearing empty. Between waking up at 4:30am, a three hour hike in, and another half an hour bouncing down a 30 cfs creek, it was taking all of my mental strength to put together ok lines.

We pushed on, one rapid after the next, as we got further into the canyon the added water started to clean up some lines but added sticky holes to others. I got rolled a couple times and we took a time out for food and water. It took everything I had to stay calm and put together lines through the next 6 miles of class 5 white water. As we exited the remote and absolutely gorgeous canyon, all I could really think about was how soon I could have my head back on my pillow.

I have gotten to run a ton of different rivers around the world and one of my favorite things is to get the true locals tour. No scouting, bizarre lines, and paddling partners that are laughing all the way down the river.

Stay tuned, next adventure is going to be of GRAND proportions.

Check out great deals on whitewater kayaks and gear at www.riversports.com