Packing up my equipment in snowy Colorado I really had no idea what I was getting my self into again. I have been traveling internationally to kayak for the last three years yet every time I pack my bags for the next grand adventure I have that voice in the back of my head asking me are you ready, do you know what you are in for, what if, what if, what if. I stop, and think about it like a big drop, I could either sit here and think about the down sides or, I could go live life to the fullest. I checked my list twice, repacked everything, barely slept, and before I knew it I was on the plane heading to Costa Rica.

I knew there was some boating in Turrialba, so that was my first destination.

I hung out for a couple of days and used every contact I could think of to find a paddling partner. Todd Wells shows up, and we immediately got into the quick chit chat of who we are and what we have been up to lately. Todd then invites me to go with him to the other side of the country and check out some water falls and the tallest peak in Costa Rica.

We hopped a bus and a day later we are in San Gerardo.

We had been referred to a real cool low key Hostel, Casa Mariposa. The next day we grab machetes and start the bush whack, hike, and scout mission to check out some amazing waterfalls.

Cerro Chirripo, is the hightest peak in Costa Rica and is basically in the back yard of Casa Mariposa. So the mission started, we hiked 15 kilometers up to a freezing cold base camp building, and spent the night. The next morning the plan was to wake up early and summit early so we could watch the sun rise at the peak. At 4 a.m. I rolled over to hear the rain pounding on the roof. There was a few groins and grunts and there was a inaudible decision to sleep for a couple more hours, there wasn’t going to be a view. I awoke again to the sound of rain, and I knew that I was still going to push to reach the summit. Two hours and five kilometers later I was at the peak with 30 mph winds and side ways rain, the view was…. grey.

Back down at the hostel we took a day to recover, drank tea, ate copious amounts of food, and just lounged. That night I awake to hear Todd getting sick, I originally thought it was his body telling him to take it easy for another day. Then he stayed sick, day after day high temperatures and not eating. At this point I started having the thoughts of dengue fever, leptospirosis, and malaria. It was time to get Todd to a hospital. The morning Todd was to leave for the hospital he looked a little better. After a couple days in San Jose, I got a phone call saying he was back on his feet and doing well.

Enough of other stuff, lets talk boating. It took me way too long to get on the water this trip, but the wait payed off.

Ferdinand, one of the few creek boaters in Costa Rica, called up one day, and said, lets go kayaking. The next thing I know he stopped by plucked me up and we put on the Upper Chirripo Pacifico, this run is STEEP, average gradient has to be close to 500 fpm. We put on the creek and it was obviously heading down the mountain. It was horizon line after horizon line with micro one boat eddys in between, I was immediately happy with my winter choice of Costa Rica. Three kilometers and over a thousand feet lower in elevation we reached the confluence with the Blanco and took out on the right. My first kayak run in Costa Rica was filled to the brim with must make eddys, seives, undercuts, and more off angle boofs then I could imagine.

Day 2,
Upper Buena Vista, 300 fpm
The Upper Buena Vista, the name immediately made me think of my summer home in CO. This run had a slightly mellower pace, then the Chirripo, only 300 fpm. There was a couple distinctly different sections to this five kilometer run. It starts with a hand full of 15 foot drops with nasty lead ins. Then mellows out into a section of four foot boofs and blind twisting and turning through micro canyons. The third section gets back into some bigger drops that are concealed behind gigantic boulders. The last portion is just junky rock piled high on-top of itself falling quickly down to the take out bridge.

San Rafael, 300-500 fpm
Our second run on day two was the San Rafael, another three kilometer run. The San Rafael had over 30 drops between 6 and 15 feet, absolutely amazing. By the time we reached the take out my arms felt like they where going to fall off, and my smile was actually making my face hurt. 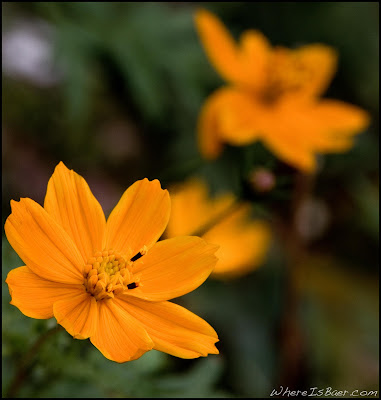 Day 3
The Canan section of the Chirripo Pacifico, 300fpm no drop bigger the five feet.
Ferdinand looked at the flow and said well it is a little high. What he meant to say was he had the previous high water descent, and now the water is six inches higher. So we put on, and it was pushy. A thousand cfs rushing down 300 fpm felt pretty out of control. We would peel out of a swirling eddy and go a half a mile down through huge holes and around blind corners in a few seconds. I was in survival mode, I was chasing Ferdinand down the run. Five kilometers down stream we stopped at a bridge, and I was thankful to be exiting the river.

Three days four rivers and over a vertical mile of elevation loss. Not a bad way to start off a Costa Rica trip.