The Black Boxes of the San Rafael is a classic, very hard to catch, and totally worth it wilderness run in central Utah. It runs through two slot canyons in the San Rafael Swell and is rarely run due to the absence of water and the fact that it is in the middle of nowhere. While it contains loads of mellow water and desert scenery, it demands an expedition mindset due to sandstone boulder piles forming sieves in most rapids, one scary portage/seal launch in the first Box and a couple of blind solid class IV drops in the second Box. That said, if you are willing to put up with a little hardship and alot of flat water, the Black Boxes are a great experience.


We did the Black Boxes in two days, car camping 1.5 easy miles above the river between the two Boxes. This run would make a great self-support two-day run or could be done in one very long day.


We had 450cfs, which is close to the recommended minimum, but I was pleasantly surprised by the lack of scraping. It really was an okay level. More would be better, but I would not shy away from the run at this level. This run rarely has water due to the farmers in central Utah using just about every drop of the San Rafael for irrigation. We caught it with 240cfs released from Joe’s Valley Reservoir to make room for an an expected unusually large runnoff and a bit of release from other reservoir and low elevation runoff. It should run for a bit at low flows and may run higher if Joe’s Valley spills later in the season.


For no particularly good reason, we decided to cut off the first 8 miles of flatwater with the “shortcut” hike described in the New Testament. This involved a strenuous and kinda dangerous climb down to the river that I cannot recommend. This is how it looks from near the top: 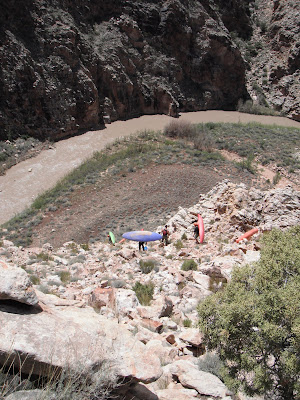 Once in the canyon, the rapids start gradually. There are a few nice Class IV rapids while the gorge is still open. Scouting is easy and times are good. 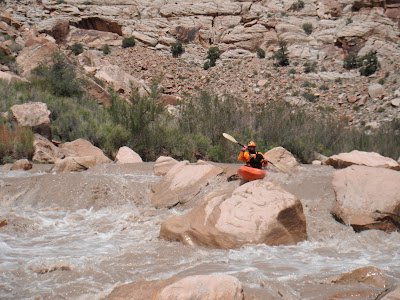 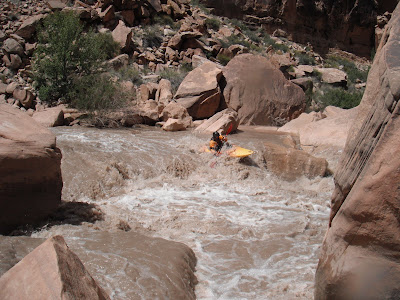 After several rapids, you come to one of the ugliest sieves I have ever seen. Kevin takes the prefered high left line on this one: 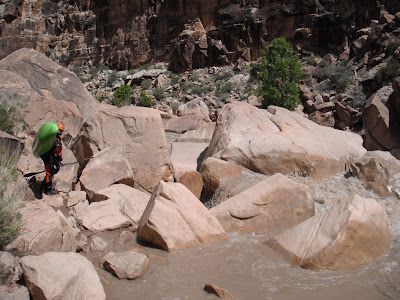 Soon, the gorge closes in and you arrive at a couple more significant rapids, including the Weeping Wall Rapid. At low flows, the right line is good. The piton to left sieve line is less good. Russ runs the preferred line. 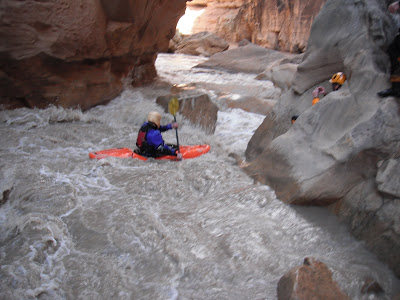 Eventually the gorge narrows and you approach Rockfall, which at 450cfs is definitely not good to go. Even the portage is sketchy, with potentially dire consequences for a slip. This thing might be good at 1000 but you would be shooting for the 100cfs that does no go underground. Teamwork makes the portage go better. 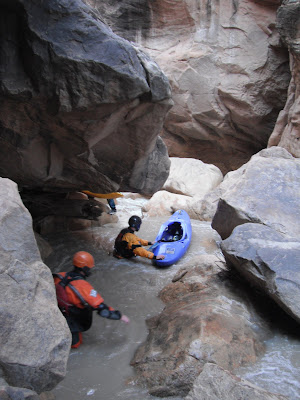 The real crux of the portage is the seal launch. In my mind, this is what makes the Black Boxes not an intermediate run. It is a roughly 10-15 foot seal launch where some assistance from a buddy really helps. The pool below is quite boily and only one of the two exit slots go. Props to Russ for taking one for the team and volunteering to go last with no help getting in. 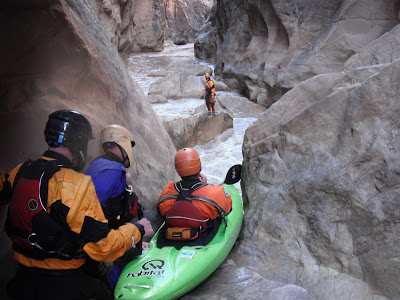 A couple more rapids follow as you exit the spectacular first Box. 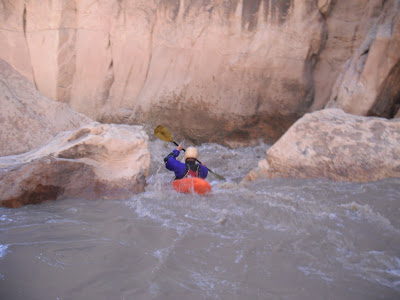 After great camping. much flatwater follows before the second Box, which begins with Swasey’s Leap. 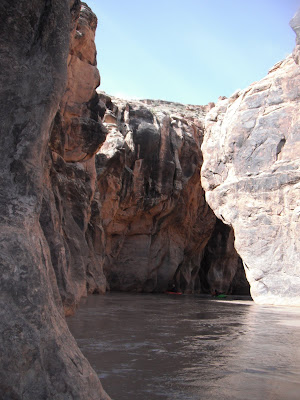 The second box contains some nice water in an intimate setting. I won’t spoil the surprise, but teamwork will make it much more enjoyable, and the blind drops seem to go pretty well by just following the main current. 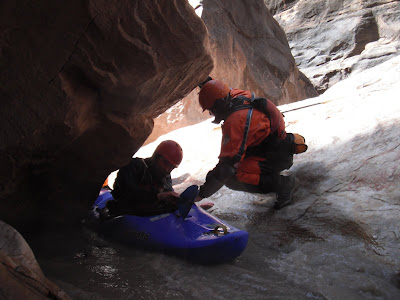 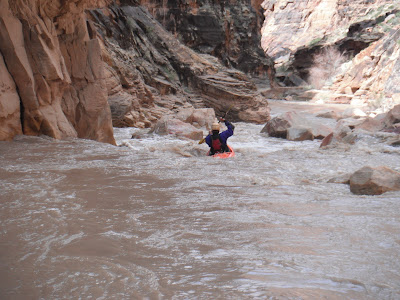 The Black Boxes is takes alot of driving, alot of paddling, and tolerance for a just a bit of sketchiness; but if unique desert creeking is your thing, it is totally worth it.

Thanks to 4CRS customer Josh Mack for the wri teup. You can view more of his blog at http://frontrangekayaking.blogspot.com/