Big props to 4Corners Riversports owner and all around bad-ass Andy Corra for setting the 24-hour solo distance record in a kayak by paddling his 21′ surf-ski down 273 miles of the Yukon River yesterday.

Corra took the year off from dominating the National Down River Championships at Fibark to focus on training for the world record and it certainly paid off. Despite having only 2/3’s the flow that previous record holder Ian Adamson had, Corra managed to squeak in an additional 12 miles to Adamson’s record run.

“I doubt I’ll set a record because I need more water,” Corra said in a Durango Herald interview before his trip. Makes you wonder what he could do with another 35,000 cfs.

Way to get it Andy! 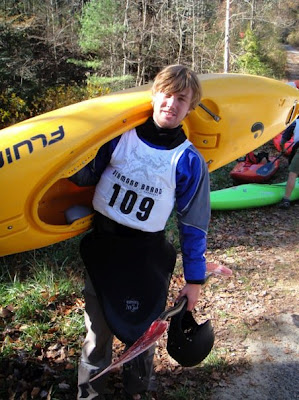